One of the absolutes that I had in mind when I first had this site go live was do reviews of the actual things that I have tried and used personally. 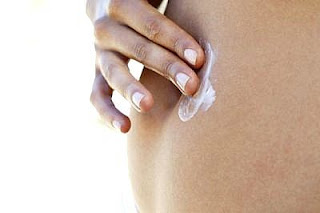 I know of a few ladies who have genes that allowed their skin to stretch throughout pregnancy and not have to sport those centipede-like marks all over the tummy, come post natal. I happen to belong to the majority of girls who have stretch marks, albeit not as much. Some actually don’t mind, but it would really be nice if our skin goes back to just the way it was. It did not really bother me so much, even as I read  that it’s more like a badge of honor. Nah! Who was I kidding? I love to have my tummy restored like new, if I just knew how. But it’s not a priority really. So when I chanced upon this BioEnzyme Lotion, I had no clue it would do wonders in such a few weeks use! Two weeks to be exact. I used it around a year after giving birth, just so for me to try out the other products of BioEnzyme Plus supplement that our family started taking in that same year. The supplement did wonders especially for me, but that’s another story altogether. One thing for sure, when something works for me, I vouch for it without hesitation and a loyalist I will sure become. 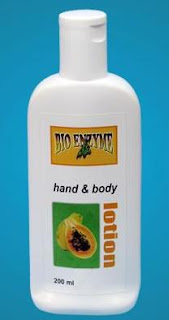 I probably consumed just about two bottles and forgot about purchasing more. Got busy with this and that and besides the marks are down to ten percent from how it was before. This does not count the years since giving birth, because I actually saw the difference in two short weeks, that it was hard to believe my eyes then. It was then around $6 a pop. That’s the distributor’s price. I’m not sure for its retail price, because I did not really go into the selling business. I just became a distributor to avail of the discount for my personal use.

Fortified with botanical extracts it moisturizes and rejuvenates dry skin, even out skin discoloration, lightens skin tone, and erases stretch marks. It also has natural sun block to protect the skin from the sun.